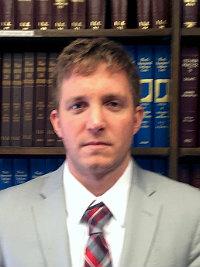 Christopher J. Appel is an associate at the law firm of Due Doyle Fanning & Alderfer, LLP, in Indianapolis, Indiana. He was born in Indianapolis and grew up on the city’s north side. Mr. Appel graduated from Bishop Chard High School in 2005. In 2009, he received his Bachelor of Arts in Political Science and History from Indiana University.

Mr. Appel earned a J.D. from the Indiana University Robert H. McKinney School of Law in 2012. While in law school, Mr. Appel clerked for Cline Farrell Christie & Lee, P.C. He also served as a notes editor for the Indiana International & Comprehensive Law Review. Prior to joining the firm, Mr. Appel also served as a Fayette County attorney from 2013 to 2015.